Updated – Climate Scientists Write To UN: There Is No Climate Emergency

Climate Experts are Zero out of 41 doomsday global warming predictions!

Alan Caruba, The Heartland Institute
Carbon dioxide (CO2) is vital to all life on Earth, but most particularly to every piece of vegetation that grows on it. Top climatologists tell me it plays a very small role, if any, in Earth’s climate or weather. Why would anyone expect a gas that represents 400 parts per million of all atmospheric gases, barely 0.04% of all atmospheric gases, to have the capacity to affect something as huge and dynamic as the weather or climate?...READ MORE 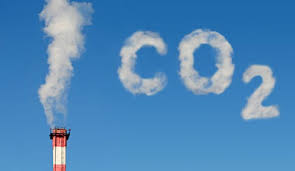 The Nazi Origins of Renewable Energy (and Global Warming)

Are Scientists Preparing for a FlipFlop Back to Global Cooling Predictions?


Prosecute Climate Deniers? No, First Amendment Protects Debate
H. Sterling Burnett, The Philadelphia Inquirer
The global warming debate has reached a new, and chilling, level. U.S. Attorney General Loretta Lynch reports discussing with the FBI pursuing legal action against companies, research institutions, and scientists who debate whether humans are causing catastrophic climate change. This is an unprecedented politicization of justice and attack on our First Amendment right to freedom of speech. READ  MORE


Science Supports Public’s Rejection of Climate Change Hype
H. Sterling Burnett, Inside Sources
Heartland’s H. Sterling Burnett writes a devastating reply to sociologist Robert Brulle, who turned to the Washington Post on January 6 to continue his campaign to attribute the American public’s rejection of global warming alarmism to “the coordinated efforts of conservative foundations and fossil fuel corporations to promote this uncertainty.”  According to Burnett, “The main reason I don’t accept the so-called ‘consensus view’ on climate change is it violates the scientific method. Virtually every testable prediction made concerning the harmful impacts of climate change has been proven to be incorrect.”  READ MORE

Isaac Orr, The Heartland Institute
Erosion is a problem that persists to this day, and it’s responsible for dust storms, mudslides, and sinkholes. Fortunately, plants in forests, grasslands, and everywhere else set roots in the soil and help the soil stay put, and plants around the globe are getting a boost from increased levels of carbon dioxide in the atmosphere...READ MORE

Fox News: NIPCC Report ‘Poking Very Large Holes’ in Climate Alarmist ‘Consensus’
Jim Lakely, The Heartland Institute
As many of you know, the Nongovernmental International Panel on Climate Change (NIPCC) was in Washington, DC this week to release Climate Change Reconsidered II: Biological Impacts. We are pleased to call your attention to coverage we received Wednesday on “Special Report with Bret Baier,” the Fox News Channel’s flagship 6 p.m. ET news program. Heartland President Joe Bast said, “It doesn’t get any better than this.”...R EAD MORE
Greenpeace Co-Founder Says ‘No Scientific Proof’ Humans Cause Climate Change
Jessica Chasmar, The Washington Times
Greenpeace co-founder Patrick Moore told the U.S. Senate Committee on Environment & Public Works there is no scientific evidence that humans are the primary cause of recent global warming. Moore also noted global warming is occurring at a modest pace and does not seriously threaten human welfare regardless of its cause.

The Real Purpose Behind Global Warming

Proof that organic chemistry is hard for everyone, not just pre-meds: A paper in the Journal of the American Chemical Society was retracted after the structures of compounds being studied were misassigned.  Another study by author Doo Ok Jang, also in JACS, was retracted in 2013 for the same reason; you can read our coverage  here. Jang and Sang Yoon Kim published that one in 2008; the paper we're talking about today was published in 2010 by Jang and Sung Jun Kim. {Of course, you can be assured that science's global warming claims are spot on, right? - Ed}

The author of a controversial 2009 article, "The Economic Effects of C  limate Change" written by Richard Tol of the University of Sussex, argued that at least some amount of global warming could lead to economic gains has corrected the paper, along with a later article in a different journal.  The paper references: "As one example, climate change affects human mortality and migration. The size of the population is therefore endogenous to the decision on emission abatement. See Blackorby and Donaldson (1984)" The author then indicates that "In this approach, estimates of the “physical effects” of climate change are obtained one by one from natural sciencepapers, which in turn may be based on some combination of climate models.." Computer models that have not been validated.
The 2009 article, appeared in the Journal of Economic Perspectives and been cited 91 times, according to Thomson Scientificâ's Web of Science.
Here's the abstract:  Read the res  t of this entry

The Sierra Club, Greenpeace, Natural Resources Defense Council, and even the federal government’s Environmental Protection Agency (EPA) have been misleading the public and even committing serious crimes to pad their payrolls and build huge cash accounts. The Sierra Club is on Charity Navigator’s “watch list” after a series of deceptive practices. READ MORE

Taxpayers on a Green Hook

Green Group Under Scrutiny for Trespassing, Harassment at Woman’s Farm

More GREEN Scamming:The failure of Fisker Automotive in Delaware, took state taxpayers' money to create green jobs but has yet to produce a single car in the state. The $21.5 million in grants and loans is unlikely to be repaid, and state taxpayers have covered $400,000 in electric bills the company has yet to pay. Also:

The administrative deep state – the legions of unelected, entrenched bureaucrats in Washington – thinks it doesn’t have to answer to an elected president, the rule of law, or the American people. We are now seeking to uncover the truth about the particularly notorious fifth column in the Environmental Protection Agency (EPA)..

A new rule proposed by the Environmental Protection Agency would require a reduction of 40 percent or more of methane emissions by 2025. Like the Obama administration’s Clean Power Plan, the proposed new regulations would impose enormous costs on energy consumers and producers without having any meaningful impact on the environment. But then, maybe that’s the point? READ MORE

Will EPA Benefit from Its Own Mistake?

EPA Fails to Acknowledge It Coerced Mine Owner   to Grant Access

EPA Hiding Data From Toxic Spill it Caused in Colorado

Environmental Agency Uncorks Its Own Toxic Water Spill at Colorado Mine

Curbing EPA Abuses
Paul Driessen, Somewhat Reasonable
On climate, EPA relies on computer models and discredited IPCC reports to predict global catastrophes that it insists can be prevented if the United States slashes fossil fuel use, carbon dioxide emissions, and living standards, even if China, India, and other developing countries do nothing. Meanwhile, real-world temperatures, hurricanes, tornadoes, polar ice, and sea levels continue to defy the fear-mongering. So now the rhetoric has shifted yet again, to alleged national security and asthma threats from climate change.  READ MORE

The costliest EPA rule yet

A new proposal from the Environmental Protection Agency has already forced four major industrial projects worth $7 billion in new investment in the Baton Rouge area to be put on hold or redirected elsewhere. These potential investments would have collectively contributed $86 million in wages annually to the local economy and created 2,000 jobs.

Unfortunately, Baton Rouge is just a microcosm of a phenomenon that will spread nationwide. Under the new EPA proposal to lower ozone emissions, 18 of the nation’s top-performing urban economies would, like Baton Rouge, suddenly find themselves in areas that are not in compliance.  In the history of an agency known for costing businesses dearly, the new ozone proposal stands out. If adopted, it will likely become the most expensive EPA regulation ever imposed in terms of impact on the U.S. economy.. MORE

EPA Conducted Pollution   Experiments on Children  Not only doesn't the EPA protect citizens, but even sponsors a lot of unethical research themselves. Nothing a little money can't buy ...'for the greater good' (as they say in bioethics) - DNI

How the Global Warming Scare Began

Heartland friend John Coleman is among the few prominent meteorologists who has not joined his colleagues in perpetuating the public panic over man-caused global warming. He’s brave, influential, and has the backing of his TV station in San Diego, KUSI, to produce videos such as the one at right titled “How the Global Warming Scare Began.”...READ MORE

At what point do we jail or execute global warming deniers’ — ‘Shouldn’t w e start punishing them now?’

A skeptic of catastrophic man-made "global warming" is applauding a Nobel Prize winner for saying President Obama is "dead wrong" on the subject.

Smart Meters Can Overbill By Up To 582 Percent Higher Than Actual Consumption, Study Reveals

In California, Exploding “Smart Meters” Spy on Your Water Use

Finally Another Use for Those Annoying Packing Peanuts

It's extremely cheap to build solar panels to supplement your home heating. The most amazing part is, you can make one out of soda cans, plexiglass and plywood.  All the instructions are at the Free On Plate website at this link.

The WORLD HEALTH ORGANIZATION on May 31 2011 placed the Non-ionizing radiation coming from Wireless smart meters (and some other wireless devices) on the Class 2-B Carcinogen List.  See Complete Health hazard List Here

Smart Meters Won't Save You a Penny (But They Can Spy On You..)

KCP&L Smart Grid Technology not a good investment for consumers..

Missouri Public Service (MPS) has accepted KCPL's 5-year plan for sustainable smart grid development.  The DOE funded MPS version can be accessed here. What does this mean to you as a consumer?

An unfathomably wealthy banking and oil dynasty has been hijacking governments, media organs, universities, non-profits, and other power centers to expand its control over the economy and the energy sector in particular, according to a recently released investigation by a watchdog group. That dynasty, of course, is the Rockefeller family. In essence, they have largely created, bankrolled, and weaponized what is known as the “green” movement “as a means to expand their empire over the past three decades,” the report found.

Under the guise of fighting alleged “man-made global-warming,” the Rockefeller family and its billions have been bankrolling everything from “climate” journalism (propaganda) efforts, politicians, and “academia” to politically motivated “investigations” of energy companies and non-profit organizations by government officials. Billionaire extremist George Soros also helped fund the efforts, according to the report by the Washington, D.C.-based watchdog Energy and Environment Legal Institute (E&E Legal) entitled The Rockefeller Way: The Family’s Covert “Climate Change” Plan.