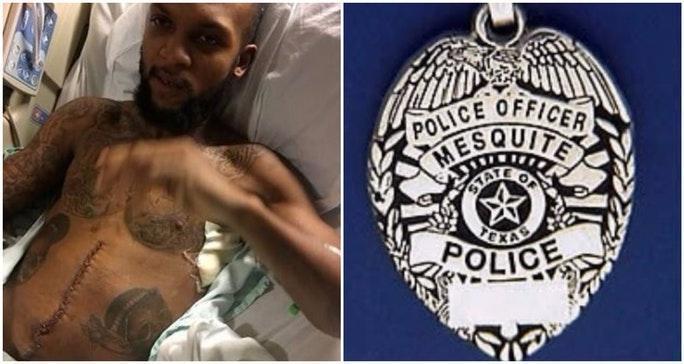 Michigan State Police have begun a year-long pilot program, being held in five Michigan counties, to warrantlessly test the saliva of drivers… 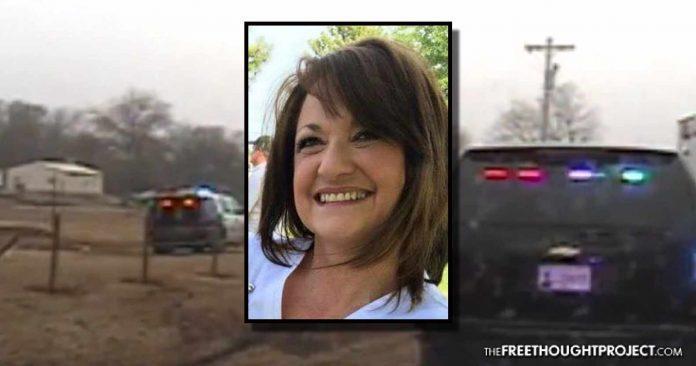 Since 2016, Cops have Killed 3 Times as Many Citizens Than 4 Decades of Mass Shootings COMBINED

Disabled individuals make up a third to half of all people killed by law enforcement officers.

The arming of Idiots.. Cops Kill Innocent 84yo Woman While Trying To Kill Her Mentally Ill Son in a Hail of Bullets

Disturbing Video Shows Cops Shoot Suspect, Then Walk Up to His Hostage and Execute Her

Exposed: Murdered For Educating The People

The Florida deputy who shot his ex-girlfriend several times as she walked her dog then turned the gun on himself Thursday morning was wearing his department-issued uniform at the time of his botched murder-suicide attempt. MORE

Police inUtah fatally shot a man from behind while he was running away from officers, according to newly released footage, which has sparked accusations of racial profiling and a “brutal execution”...MORE

Delaware Woman Calls Cops to Save Dogs from Traffic - Cops Show Up, Run Dogs Over

WATCH: Over A Dozen Cops Swarm, Arrest Tiny Girl For Sitting Incorrectly On The Subway

The cops claimed that they could smell marijuana, so had probable cause to detain 18-year-old Courtney Griffith and her 17-year-old friend Brandon, remove them from the vehicle and search it.  The quick thinking Griffith pressed record on her iPhone and placed it on the dashboard, capturing the entire incident.
Courtesy INFOWARS

South Carolina Cop Tasers 86-year-old Man to Keep him Safe, Leaving in a Coma with a Bleeding Brain


A South Florida cop shot a family's dog three times in the head early this morning for absolutely no reason, just three feet from the shocked homeowner who had no need for police assistance. The shooting was captured on the fami ...

We Don’t Think an 8-Year-Old Boy Should Be Put in Handcuffs. A Judge Finally Agreed With Us.

Video of Cop Beating 13-Year-Old Girl So Horrific, His Own Cops Turned Him In

WATCH: Cop Pulls Woman Over For Seatbelt—Sexually Assaults Her, Then Stalks Her At Home

Claiming it was Consensual, NYPD Cops Arrested her for Weed, Forced her to Strip, Handcuffed her, then Raped her

Two NYPD cops arrested an 18-year-old woman for smoking marijuana, forcing her to undress to search for more drugs, then handcuffing her and ordering her into a van where one cop raped her and both cops forced her into performing oral sex on them.

The woman filed a complaint but the cops claim it was consensual, which is basically admitting they raped her because there can be no legal consent between a handcuffed woman and men with guns and badges...MORE

A pedophile network has recently been uncovered involving police officers and cadets in the Explorers program which connects teens who want to be police officers with cops...MORE

For those unfamiliar, work release allows a prisoner to go to a job during the day and only have to sleep nights in jail. It is essentially state-funded housing.
MORE

NYPD cops’ DNA found  on teen accusing them of rape

Genetic tests have confirmed that the DNA of two cops was found on the Brooklyn teen who accused them of handcuffing her and raping her in a police van, according to sources close to the investigation.  “DNA samples taken from both suspects came back as a match when compared to the rape kits,” a law enforcement source said.

The 18-year-old, who goes by Anna Chambers on social media, claims two plainclothes officers found prescription drugs in her car during a Sept. 15 traffic stop, and then cuffed her and took her into an unmarked police van, where one raped her and both forced her to perform oral sex on them in exchange for her freedom. “You’ll spend three hours in the precinct. This is what you’re going to do for us, and we’ll let you go,” they allegedly told her, according to her lawyer, Michael David.  “There was zero consent,” David said. “The cops were over 6 feet tall. She’s very petite, like 5-2 and maybe 100 pounds. There’s nothing she could do.” ..MORE