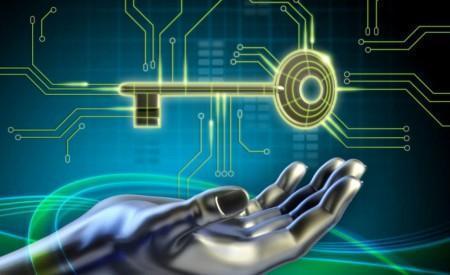 {The following is an abridged version of the Washington Post's report on NSA Surveillance. - Ed}

The top-secret PRISM program allows the U.S. intelligence community to gain access from nine Internet companies to a wide range of digital information, including e-mails and stored data, on foreign targets operating outside the United States. The program is court-approved but does not require individual warrants. Instead, it operates under a broader authorization from federal judges who oversee the use of the Foreign Intelligence Surveillance Act (FISA).

The Foreign Intelligence Surveillance Court does not review any individual collection request.

The FBI uses government equipment on private company property to retrieve matching information from a participating company, such as Microsoft or Yahoo and pass it without further review to the NSA.  A slide briefing analysts at the National Security Agency about the program touts its effectiveness and features the logos of the companies involved. Original slides published June 6 by The Washington Post

A slide briefing analysts at the National Security Agency about the program touts its effectiveness and features the logos of the companies involved. The program is called PRISM, after the prisms used to split light, which is used to carry information on fiber-optic cables.  The documents also show how the program interacts with the Internet companies. These slides, annotated by The Post, represent a selection from the overall document, and certain portions are redacted. Read related article.

Acquiring data from a new target

This slide describes what happens when an NSA analyst "tasks" the PRISM system for information about a new surveillance target. The request to add a new target is passed automatically to a supervisor who reviews the "selectors," or search terms. The supervisor must endorse the analyst's "reasonable belief," defined as 51 percent confidence, that the specified target is a foreign national who is overseas at the time of collection.

After communications information is acquired, the data are processed and analyzed by specialized systems that handle voice, text, video and "digital network information" that includes the locations and unique device signatures of targets.  The seal of Special Source Operations, the NSA term for alliances with trusted U.S. companies.

From the FBI's interception unit on the premises of private companies, the information is passed to one or more "customers" at the NSA, CIA or FBI.

The systems identified as FALLOUT and CONVEYANCE appear to be a final layer of filtering to reduce the intake of information about Americans.

Each target is assigned a case notation

The PRISM case notation format reflects the availability, confirmed by The Washington Post's reporting, of real-time surveillance as well as stored content.

Depending on the provider, the NSA may receive live notifications when a target logs on or sends an e-mail, or may monitor a voice, text or voice chat as it happens (noted on the first slide as "Surveillance").

On April 5, according to this slide, there were 117,675 active surveillance targets in PRISM's counterterrorism database. The slide does not show how many other Internet users, and among them how many Americans, have their communications collected "incidentally" during surveillance of those targets.

This note indicates that the program is the number one source of raw intelligence used for NSA analytic reports.

This diagram shows how the bulk of the world’s electronic communications move through companies based in the United States.

This note indicates that the program is the number one source of raw intelligence used for NSA analytic reports. The seal of Special Source Operations, the NSA term for alliances with trusted U.S. companies.

The PRISM program collects a wide range of data from the nine companies, although the details vary by provider.

This slide shows when each company joined the program, with Microsoft being the first, on Sept. 11, 2007, and Apple the most recent, in October 2012.

NSA disguised itself as Google to spy, say reports

"Through covert partnerships with tech companies, the spy agencies have inserted secret vulnerabilities into encryption software...according to top-secret documents revealed by former contractor Edward Snowden.
The files show that the National Security Agency and its UK counterpart GCHQ have broadly compromised the guarantees that internet companies have given consumers to reassure them that their communications, online banking and medical records would be indecipherable to criminals or governments."  See How US and UK spy agencies defeat internet privacy and security

The NSA damage control narratives continue as reported by the LA Times, 'collecting e-mails was the system's fault..',  "16,000 phone numbers wrongly added to the alert list.."  Once these people have the data, they're never going to let it go because there is NO punitive action for wrong doing from the Foreign Intelligence Surveillance Court. The court is merely 'rubber-stamp' approval and the abuses will likely continue. "There was no single cause of the incidents, and in fact, a number of successful oversight, management and technology processes in place operated as designed and uncovered these matters."   Yes, that management oversight was whistleblower Edward Snowden, otherwise the NSA would have blissfully continued abusing citizen's rights with their draconian surveillance practices.  Ask yourself, how could you rely on an agency's intelligence information, given the sloppiness and mistakes in its collection that they'd like you to believe happened?  Is this what gave us Benghazi?

The National Security Agency has broken privacy rules or overstepped its legal authority thousands of times each year since Congress granted the agency broad new powers in 2008, according to an internal audit and other top-secret documents...MORE


XKeyscore: 'NSA tool collects nearly everything a user does on the Internet'


A map of the NSA's alleged surveillance technologies (Source: NSAWatch)
AT&T and NSA - a Marriage made in Hell

When the NSA's spying scandal broke, the administration and everyone else involved were quick to point out the benefits. In a press conference, key government officials outlined various terror plots that were foiled thanks to the surveillance program.

Supporters didn't see anything wrong with wiretapping an entire nation just to keep it safe. It was only after people did some digging into their claims that they began to fall apart. Many of the foiled attempts, such as an attack on the New York City subway system, could have been prevented using other traditional (and legal) means.

Why We Can't Trust the Government to Fix the NSA